From passive viewing to active learning

Faculty success stories about ensuring students get more out of videos.

From passive viewing to active learning

PlayPosit, a new way for students to actively engage with video, is now available in all Canvas courses at IU. Success stories from Brenda Bailey-Hughes and Sarah Smith-Robbins showcase what all it has to offer.

How can you ensure students actually watch your videos?

400-person fall & 100-person summer professional development course for juniors (primarily asynchronous, with synchronous meetings for rotating team leaders to meet with the instructor and with their team) 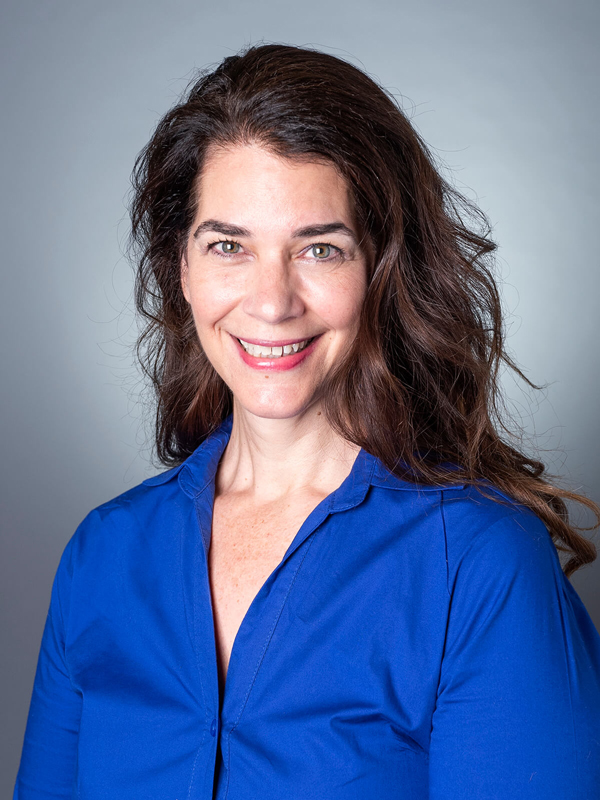 Brenda Bailey-Hughes's move to PlayPosit came as the result of an unfortunate realization: Despite all the time and effort she had put into making her videos engaging and witty, her students were not actually watching them.

It all started with a student email the day before an assignment was due. According to the student, the video was not working. Bailey-Hughes was surprised. Ninety percent of the students had already completed the assignment based on the video, so surely it was working and this student just couldn't make it work. But, sure enough, she went in and saw that she hadn't published the video. It was not available to anyone.

In retrospect, she also realized that her QuickCheck statistics indicated as much. Questions that were not at all difficult -- the correct answer was obvious from the video -- were taking students multiple tries to get right. Bailey-Hughes shared this information with a colleague, who surveyed students about their watching habits. By the students' own admission, they were skimming at best or not watching at all.

Philosophically, I want students to just want to watch my material. I want my content to be so relevant and so engaging that they just can't not sit there and watch. But I also want them to learn. And at best I was getting evidence of guessing instead of learning.

Her first use of PlayPosit was to embed questions into her existing lectures. Basically, she took recordings she had created using Zoom and saved in Kaltura. In PlayPosit, she made the Kaltura videos interactive, embedding quiz questions and links to outside articles. In addition to graded feedback, leader and team meetings gave her a chance to gauge whether students were enacting course concepts, meaning they were actually implementing what they learned.

"Embedding the questions within the lecture forced me to really clearly identify the learning outcomes. What is it you should be able to answer and do when I've finished saying this? It demanded some specificity and concreteness to a certain extent."

With the interactive features, Bailey-Hughes got higher viewing rates. She could see, via statistics, that students knew what to focus on and what was important in the videos (which they really appreciated). And she came to love certain features, like settings that disable scrolling forward and allow only a certain number of tries to get a question right. That flexibility gave her a lot more control over how students engaged with her videos.

By noting what they missed, Bailey-Hughes knew what to highlight in future modules. It also helped shape her second use of PlayPosit: She recorded a short mock meeting with actors, so she could highlight certain behaviors and team dynamics. As a team, her students then watched and annotated that video, focusing in particular on the team leader. Finally, each team submitted a final comment with a table summarizing the problems, solutions, and resources they identified. (This simplified grading, reducing the submissions from 400 to around 90.)

Interested in more PlayPosit use cases? Be sure to read the following feature on Sarah Smith-Robbins, who brought the first PlayPosit pilot to IU.

Seeking more PlayPosit how-tos and interaction ideas? Be sure to check out this issue's How to Tech column from Matt Barton and Zach Carnagey.

Bailey-Hughes does very little coaching on the technical aspects of PlayPosit, although she does give an example and note how many problems to expect. However, if she is asking students to use a new PlayPosit feature like Notes, she includes a 10-second trailer piece (a PlayPosit bulb template) to show them how. The main problem she runs into is that students sometimes miss the final questions at the end of a video. She now emphasizes in the instructions that the green check mark indicates you are actually done.

The more integrated the activities are, the less her students perceive those activities as busy work. Her advice for others: Think through the pieces of content you are delivering, and where you feel as though your students are just not getting it. Where are they struggling? That way you know where to go with embedded interactions, or where to set aside some time outside class in a flipped classroom model.

For getting started with PlayPosit, she recommends an activity from a Kelley School workshop on PlayPosit she attended. Grab a YouTube video to experiment with, so you know you can't break anything. Use it to create a PlayPosit bulb (interactive video). Start adding interactions like discussion questions or multiple choice questions, so you can practice using different embedded interaction options. What she found was that PlayPosit is more intuitive than other interactive video options she had tried in the past.

Moving to PlayPosit led to some big wins for Bailey-Hughes, and she already has plans to try out a new use in which students use the PlayPosit jump feature (jump sends students back in the video if they miss a question or advances them forward if they get it right) to learn content in the form of a simulation.

"It encouraged engagement, even more so than a separate video and QuickCheck. It integrated a lot of learning activities to reduce the cognitive load. And, with the coach the leader example, it gave students an immersive way to practice that particular skill set through PlayPosit."

Ultimately, she hopes students will enact these practices in their work lives, as emotionally intelligent people and good team members in the real world.

PlayPosit use cases, tips and tricks, and future directions

In her dual roles at Kelley, Sarah Smith-Robbins has both taught her students with and taught her faculty about PlayPosit. 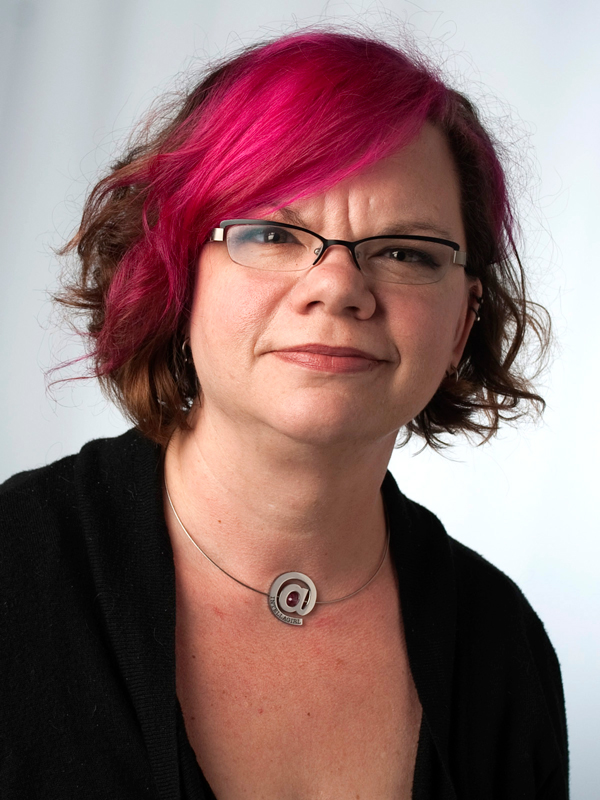 Sarah Smith-Robbins brought the first PlayPosit pilot to the Kelley School of Business, which ultimately led to its interactive video capabilities being available IU-wide. The pilot started in fall 2019, mainly as a slow rollout to Kelley Direct online MBA courses that include a lot of asynchronous video. The initial uptake was good, but it grew markedly when the pandemic forced classes online in early 2020: Nearly 200 out of 350 instructors turned to PlayPosit for their video needs.

Instructors who had never taught online before were especially concerned about ensuring the burden of creating new video content was worth it. They wanted a tool that gave them proof of accountability and proof of engagement.

We would constantly get the question, how do I know if they've watched it? How can I hold them accountable for it? It was a real concern, and PlayPosit made them feel like they had evidence that students were actively engaging. They could be sure their students were doing what they needed to do and would be ready for live interaction.

Interestingly, graduate courses were much more likely to use videos, either those faculty had created or other relevant videos, mainly to check for comprehension of content. Basically, the goal was to get students to a certain point of understanding, like in a flipped pedagogy model. Then they could have a deeper discussion and richer, active sessions in their synchronous online classes.

Undergraduate courses also had some videos focused on comprehension, with the most popular PlayPosit uses being multiple choice, true/false, or check-all (meaning there may be more than one correct answer) along with some reflective pauses and fill in the blanks. But they were also a lot more likely to use discussions and short answer questions and to have students create bulbs (interactions) as assignments.

For example, in speech classes, a student would record their presentation. They would post it as a bulb, annotate where they had done required things like include a thesis statement and evidence, and submit it to their instructor. Or, they might use PlayPosit for peer review of their presentation, adding questions for the viewer to gauge how well they'd made certain points. And they would use open-ended questions to solicit peer feedback from their classmates.

For an in-depth PlayPosit use case, be sure to read the previous feature on changes Brenda Bailey-Hughes made to increase student engagement with her videos.

Seeking more PlayPosit how-tos and interaction ideas? Be sure to check out this issue's How to Tech column from Matt Barton and Zach Carnagey.

Especially in areas like the Kelley Sales Lab, where realistic simulations and branching scenarios help students learn sales skills, PlayPosit can help bridge the distance between learning the theory behind certain approaches and dealing with the reality of customers' responses. By recording mock sales calls that include intentional mistakes, the Sales Lab uses PlayPosit for modeling -- if you answer wrong, you see the outcome in a clip and get sent back to review and try to answer the right way.

Outside class, PlayPosit is also proving useful for external audiences. The Kelley Undergraduate Admissions Office worked with Smith-Robbins's team to create an interactive video for their direct admit day. They wanted students and their parents to have something that felt really engaging and exciting -- not just a passive video they had to sit back and watch. The resulting PlayPosit video has loads of personality and options that create an excellent first impression of being a Kelley Direct admit.

We hypothesized that once we came back to campus PlayPosit use would drop off, and it didn't. Once instructors made bulbs, they kept using them. We had a lot more of the flipped classroom approach, with students watching videos in advance of class.

What is Smith-Robbins's vision for the IU-wide rollout? She hopes it will encourage instructors to think about video as an activity rather than a recording. And she looks forward to partnering with instructors to create purposeful, high impact, engaging videos that are designed to be interactive.