If not now, then when?

Developing a first year seminar with lasting lessons about race, diversity, and community

If not now, then when?

A conversation with Jean Abshire and Melissa Fry

Jean Abshire felt unqualified to lead a far-reaching discussion on race, but saw the importance of doing something as the School of Social Sciences after George Floyd's killing. By bringing in colleagues like Melissa Fry, whose career took shape in response to the Rodney King verdict and aftermath, she was able to build a collaborative effort focused on producing meaningful change. 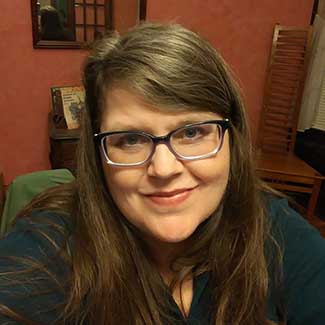 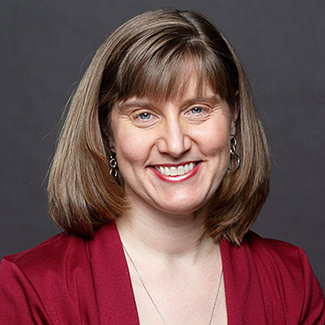 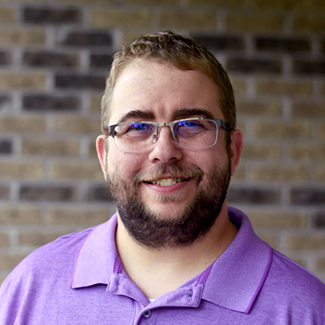 AM: Adam Maksl, associate professor of journalism and media at IU Southeast & faculty fellow for eLearning design and innovation in UITS.

Jean Abshire's June 1st email to colleagues powerfully captured the intensity of the moment and the need for thoughtful conversation: We are the School of Social Sciences, and our society is convulsing in conflict and pain. This is our time. There's no one whose wheelhouse this is more than ours. It can't wait until fall. I've set up a Zoom room. If you're interested, come talk.

Nobody responded to her call to action following George Floyd's killing, and she began to wonder if she'd be sitting in that Zoom room alone. She raised it again in a faculty meeting. Colleague Melissa Fry noted that she thought they needed to do something—but, like others in the department, she wanted to make sure it wasn't just window dressing.

We need to ensure that whatever we do is about producing meaningful change within our institution, our systems, and our roles. But we can also provide resources to the community and to our students.

Here is a conversation about what they've accomplished thus far, aided by technology but largely driven by motivated people who gave up summer research time and pandemic course prep to develop something impactful. Adam Maksl, a colleague and faculty fellow for Learning Technologies, interviewed Abshire and Fry.

AM: How did the pandemic and this moment influence what you decided to do? Why integrate something based on technology, instead of something simpler like making resources available for people to incorporate in their classes?

JA: For me, just presenting resources was not going to be effective because I think too many faculty feel that race is too hard to talk about and don't feel confident enough—especially in a time when emotions are running high and managing the discussion may be even harder.

To me, it had to be something that was fully developed that faculty could just implement but hopefully do even more with. It was loaded into the First Year Seminar (FYS) in Canvas as a default after discussions with the FYS director, who thought most people would be open to it. If faculty were not going to do this module, they had to actively take the step of opting out.

MF: All of us are probably working more hours than we've ever worked before while trying to address this emergent need and outcry. The advantage of the technology is that experts on race built the module so that the people who aren't experts knew they could count on the material and curation. That is one of the beauties of this effort—bringing together contributions from psychology, criminology, sociology, political science, journalism, history.

If the module continues to be part of the FYS, all incoming students will go through it as part of their introduction to being part of this community, which is a great leverage point. It may not be a dramatic systemic change, but it says something about the tone of our campus, I think, or has the capacity to. But we need to do a number of these things.

AM: How did you decide where to start, knowing that you had a tight timeline (two weeks that happily turned into four)?

JA: We had the idea of doing a course and from that we were like, wait, we could do the First Year Seminar (FYS) module first and fastest and then build the course after that. It was a very collaborative effort on Zoom to figure out what components were most important. And we picked out the most critical streams that we could do quickly and approachably.

Incoming students with less than 26 credit hours—so all true freshmen and a few transfer students—are required to take the FYS. It's a combination of welcome to our campus and our family, and pretty intensive college survival skills and tools. But it's also a way to reach a large number of people at a time when hopefully they're open to getting new perspectives when their expectations of the college experience are still being formed.

From the get-go, as students enter IU Southeast (IUS), they're learning that being part of a diverse community – and being aware of and engaged in that diversity – is what it means to join our learning community. Coming into this community means addressing these issues and being self-aware and aware of the people around you and the value of that diversity to your education.

AM: What's in the module, and how did it come together?

MF: We have the introduction, "What is racism?," cognitive biases then microaggressions, how and why it matters (how racism is influencing people's lives), and a piece on being an ally. We close with "What kind of society do you want to live in?".

We're giving them a very brief overview of this important set of concepts and ideas. And then trying to get students to think about what kind of world they want to live in—we want to encourage them to use their time at IUS to build the community they want to be a part of.

AM:I think there are a lot of people who are having these conversations or are feeling like we need to do something. But there's this disconnectedness, right? We can't all congregate in our offices or walk down the hall and have that sort of moment when an idea comes up and we mobilize and get something done.

You all were able to use technology to try to replicate some of that energy and that purpose and that community building. Could you talk about what advice you might give to others who want to do something that has an impact? How do we do it in this moment especially?

JA: Realistically, given the moment and the demands on people's lives, not everybody could make every meeting. But we were able to share documents in Teams, and post notes and minutes from the meeting, while keeping track of our to-do list.

MF: People could get their notes in real-time and know that we were all looking at the same notes, but also we weren't flooding their inbox. Keeping the dialogue mostly in the posts within that channel is one of the huge benefits of Teams. If I can keep the dialogue on a project in one place, it is so much more effective and productive for not losing track of a thread.

All of our process and chatting was in Teams, but we shifted over to Canvas to build the module. And the chat function in Teams allowed last-minute problems to be resolved very quickly. But I also want to be careful not to think that technology means we can go to the moon and back either. While technology can facilitate these learning communities and social connections, there's also a big learning curve that adds to the cognitive load.

I don't think Teams or Canvas or Zoom would have made any difference in our initiative had we not had motivated people who cared and wanted to do it right. The technology makes things easier, but it's not going to override the necessity of people who care.

JA: I invited our head of equity and diversity to our first meeting. And his big takeaway message was, you know, it's great that you're here in June. Are you still going to be here in October and next April and next June? And I think that's a super important message because as a society we have a very short attention span. I still think we needed to do something fast, that we couldn't let things go on. But the idea of making sure that this extends into the semester, into next semester and beyond, is also a key thing.

We have several events planned throughout the academic year. We also have a class or two we'll come back to planning. Maybe we could use the Expand IU platform to do something similar to the FYS module but community-facing, so we could take it beyond our campus and give the communities some tools they can use.

MF: For me, because I do community-facing work, it's a fairly strong priority to try to create something that other people can access and use. I think it would be really good for us to build a module-driven kind of tool that could be used in that way. And that would incorporate the expertise we do have around campus because we have more than people would realize.

AM: What do you hope people will take away from reading this interview?

MF: I would love to see interdisciplinary groups of faculty tackling some key issues like climate change and the addictions epidemic. A great tool like this could be used in a lot of places within the curriculum, with expertise coming from different disciplines to provide a much fuller picture than when you just look at one discipline's approach.

We should use the learning from this (and other campuses should as well) to think about where we want to bring multiple voices to bear on a particular topic and create easy access to an interdisciplinary learning opportunity or module. All of us—faculty, students, and the broader public—would benefit. Even faculty benefit from the creation of these kinds of things in terms of having learning communities to tap into.

JA: I think that is important because there's obviously huge interplay across the disciplines and the story is really incomplete without these different perspectives being integrated.

By producing expert resources that faculty can rely on, this approach also helps share the burden of diversity, equity, and inclusion (DEI) efforts more widely rather than constantly calling on minoritized faculty who are already overburdened. Echoing Melissa's words, it's a way of building the community, society, and world we want to live in and share with others.